It is with great sadness that we report the passing of our esteemed Co-Founder, Suzanne “Sue” Harris on February 21, 2015. Sue was a tireless advocate for family caregivers whether with policy makers, donors or researchers. She kept us honest to the mission and was a great friend. Sue will be remembered fondly and missed tremendously. Our condolences go out to her children Pete, Evan and Andy and their families. 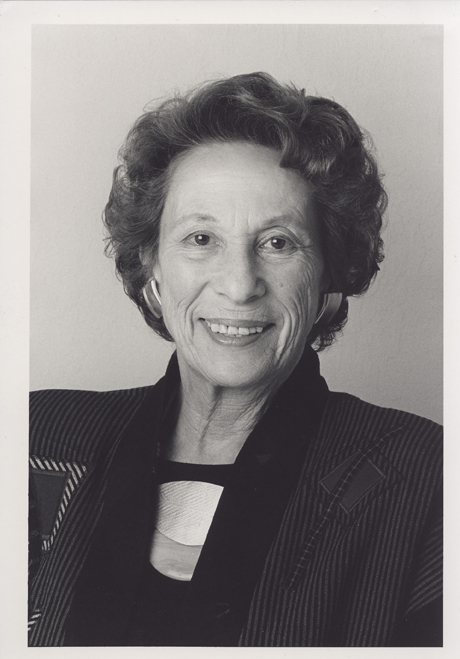 “Never doubt that a small group of thoughtful committed citizens can change the world; indeed, it’s the only thing that ever has.” Margaret Mead

For every moment of Family Caregiver Alliance’s existence, Sue Harris has been the kind of volunteer that many organizations can only dream about. In the beginning, she was a member of the committee at the San Francisco Mental Health Association that led to FCA’s founding in 1977. Then for over 20 years, Sue held every office on the Board of Directors and led the agency as its president twice, serving in that capacity for more than six years. She chaired every committee, from the nuts and bolts of the administrative committee, to raising money, to service design and policy analysis for various program committees.

Sue, who became involved with the grassroots effort to establish FCA almost four decades ago, was a volunteer with San Francisco’s Mental Health Association when she joined forces with other family members and health professionals to solve some of the problems facing caregivers of adults with dementia, stroke, head injuries and other cognitive impairments.  Sue immediately recognized and identified with the challenges because she, too, was caring for her husband, Bob – then Chair of the Department of Psychology at Langley Porter Institute at UC San Francisco. He had suffered severe brain damage in 1973 from an aneurysm and subsequent surgery. Like others in her situation, Sue cared for Bob at home as long as it was possible. He was placed in a nursing home until his death in 1977, just two weeks before FCA’s founders held the first town meeting.

This experience inspired the innovative approach to services taken by FCA: a functional view of brain disorders rather than one based on medical diagnosis alone. FCA’s second hallmark, that caregivers and other family members should be helped, regardless of diagnosis, likewise arose from this early effort. “Remember that first we had to determine that such a population even existed and then prove that it was underserved,” Sue said. “Policy people just didn’t want to believe this group of unserved people existed. I remember the horrified looks on people’s faces when the truth would dawn on them, that no one knew what became of people who had dementia or strokes or head injuries. Well, I’ll tell you what happened to them: They came home and stayed with their families.”

Sue spent the last 20 years actively helping to guarantee FCA’s future through continued fund raising efforts. She had already seen to its past and wanted to leave a stronger FCA to grapple with new challenges in the future. FCA’s venerable founder leaves these words of advice: “Never lose sight of the caregiver’s perspective. And always bear in mind that our focus is on empowering family members to help themselves, rather than managing their problems for them.”

Sue leaves behind a legacy of founding Family Caregiver Alliance and the National Center Caregiving, nationally and internationally recognized for pioneering programs of information, education, research and advocacy that support and sustain the important work of families and friends caring for loved ones with chronic, disabling health conditions. Over 10 million caregivers have used FCA’s website www.caregiver.org for advice and support and over 180,000 caregivers have received one or more direct services from FCA.

FCA has many of the most widely used family caregiver information services. More than 100 consumer education materials have been translated into six languages and licensed by well-known companies including Clorox, Next Avenue, and PBS. In addition to written materials, FCA has developed digital content that teaches direct care skills to families. The FCA You Tube channel receives over 100,000 views per year worldwide and FCA content is hosted by 2400+ websites. FCA is a regular contributor to caregiving and long-term care guest columns of the PBS NewsHour.

In addition to her work for FCA, Sue was instrumental in advocacy efforts to establish the California Network of Caregiver Resource Centers (CRC). FCA sponsored state legislation so all residents of the state can receive services. Since their inception in 1984, the CRCs have provided over half a million caregiving families the support and direct services they deserve.