11/6: LGBT Caregiving: Advancing Rights for Care as We Age

Over the past two decades, as the population of seniors – usually defined as adults over 65 – has grown, national, state and local government agencies, nonprofit organizations and the media have focused increasing attention on the needs of seniors and those who provide them with support, assistance or care. A 2014 Census Bureau Report titled “65+ in the United States: 2010” offers some perspective on the growth of the senior population in the country. In 1900 people over 65 made up just 4.1% of the population in the country; in 2010, 13% were over 65. It is estimated that by 2050 the population of people over 65 will be 20.9% of the population. These are startling numbers calling for big changes in how the government will respond. 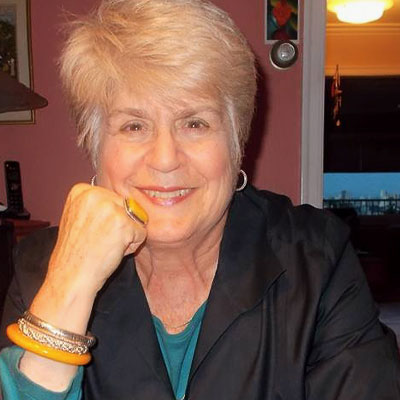 In spite of this increased attention to people 65+, much less attention has been focused on the needs of Lesbian, Gay, Bisexual and Transgender (LGBT) older adults and in particular, on their caregivers, whether spouses, partners, friends or other family members. If the LGBT population is indeed around 10%, as many studies have claimed, the increase in LGBT seniors will also be exponential and demand more attention. Many of the issues LGBT people or their loved ones may confront—such as where to turn for help, what kinds of programs can support caregivers, how to access many services—do overlap with those faced by heterosexuals. However, LGBT caregivers and care receivers can also face some specific concerns and particular challenges.

Increased acceptance in the past two decades has prompted a greater awareness nationwide among social service providers about the LGBT community, especially in major urban centers. LGBT issues reached greater visibility across the nation when the Supreme Court, in 2013 and 2015, handed down two landmark decisions which greatly expanded LGBT rights. The Supreme Court decision on June 26, 2013 ruled that section 3 of the Defense of Marriage Act (DOMA) that had defined marriage as between a man and a woman as husband and wife was unconstitutional (U.S. v. Windsor). From this date forward, the federal government has had to recognize same sex marriages approved of by the states. At the time only 37 states recognized and protected same sex marriage. Two years later to the day, on June 26, 2015, the Supreme Court, in Obergefill v. Hodges, handed down a guaranty to same sex couples throughout the nation the right to marry and the right to have those marriages recognized at the federal level. Both of these Supreme Court decisions greatly advanced LGBT rights. However, while these changes in marriage laws may alter the legal landscape for same sex senior couples who do marry, other issues for senior LGBT people will continue to be very important.

Still, depending on where you live, your age and what kind of support or prejudice you’ve experienced in the past, you may feel reluctant discussing issues related to sexual orientation when dealing with government and private agencies. Whether the LGBT person for whom you care is a parent, partner or friend, you will find it easiest to get answers or act as an advocate with public agencies, community nonprofits and hospitals if your loved one has legally designated you to act on her/his behalf. (For more information about legal documents you must have in place as soon as possible, see “FCA fact sheet Legal Issues for LGBT Caregivers)

The support that a caregiver receives from friends and family is often critical in relieving some of the stress of providing assistance to someone who has a chronic illness. Hopefully, you have the support of accepting family and friends to help you. However, it is often true that LGBT caregivers may find that they have less support than they would like from their own—or the care receiver’s—biological family members. If this is true in your situation, developing a support system comprised of trusted friends (your “chosen family”) and sensitive community services and programs will be especially important.

4) “NAVIGATING THE SYTEM: A Know-Your-Rights Guide for Lesbian, Gay, Bisexual, and Transgender Elders in California” (Produced by the National Center for Lesbian Rights, Planning for Elders, The Transgender Law Center, Lavender Services of the East Bay/Tides Center, and Openhouse)

— Helene V. Wenzel, an attorney at law in private practice specializing in estate planning, wills, trusts, probate and conservatorships. She is a member of Bay Area Lawyers for Individual Freedom (BALIF), the National Center for Lesbian Rights (NCLR) and the National Academy of Elder Law Attorneys (NAELA).